EndNote is a reference management tool which helps you save and manage bibliographic references. 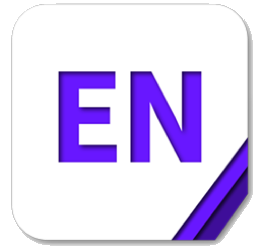 Curtin University provides a site-wide license to the software for use by all current Australian based staff and students.

Review Manager (RevMan) is the software used for preparing and maintaining Cochrane Reviews.

RevMan Web has been designed to integrate with other systematic review software and new features and updates are added regularly. Cochrane Review authors can log in to RevMan Web to view the dashboard (all reviews) and edit reviews online (intervention or flexible reviews).

RevMan 5 is the desktop version of the software used for editing reviews not currently editable in RevMan Web (diagnostic, methodology, overviews), for non-Cochrane reviews, and for offline working. You can use RevMan 5 alongside RevMan Web if needed.

Rayyan is a free web application which assists systematic review authors perform their reviews in a quick and easy manner.

Authors can collaborate on systematic reviews, maintain them over time and get suggestions for article inclusion.

abstrackr is a web-application and collaborative tool that facilitates screening of citations by multiple reviewers in tandem. Citations are imported and then screened by participants. The screening decisions (or, 'labels') can subsequently be exported.

managers like EndNote, facilitate the screening of abstracts and full-text, populate risk of bias tables, assist with data extraction, and export to all common formats.

Covidence is a core component of Cochrane's review production toolkit and has recently also been endorsed by the Joanna Briggs Institute.

The Systematic Review Accelerator is a free online tool that helps speed up the steps involved in a systematic review. The software includes a search translator which translates searches between databases as well as a validated de-duplication tool for managing your search results. Registration is free.